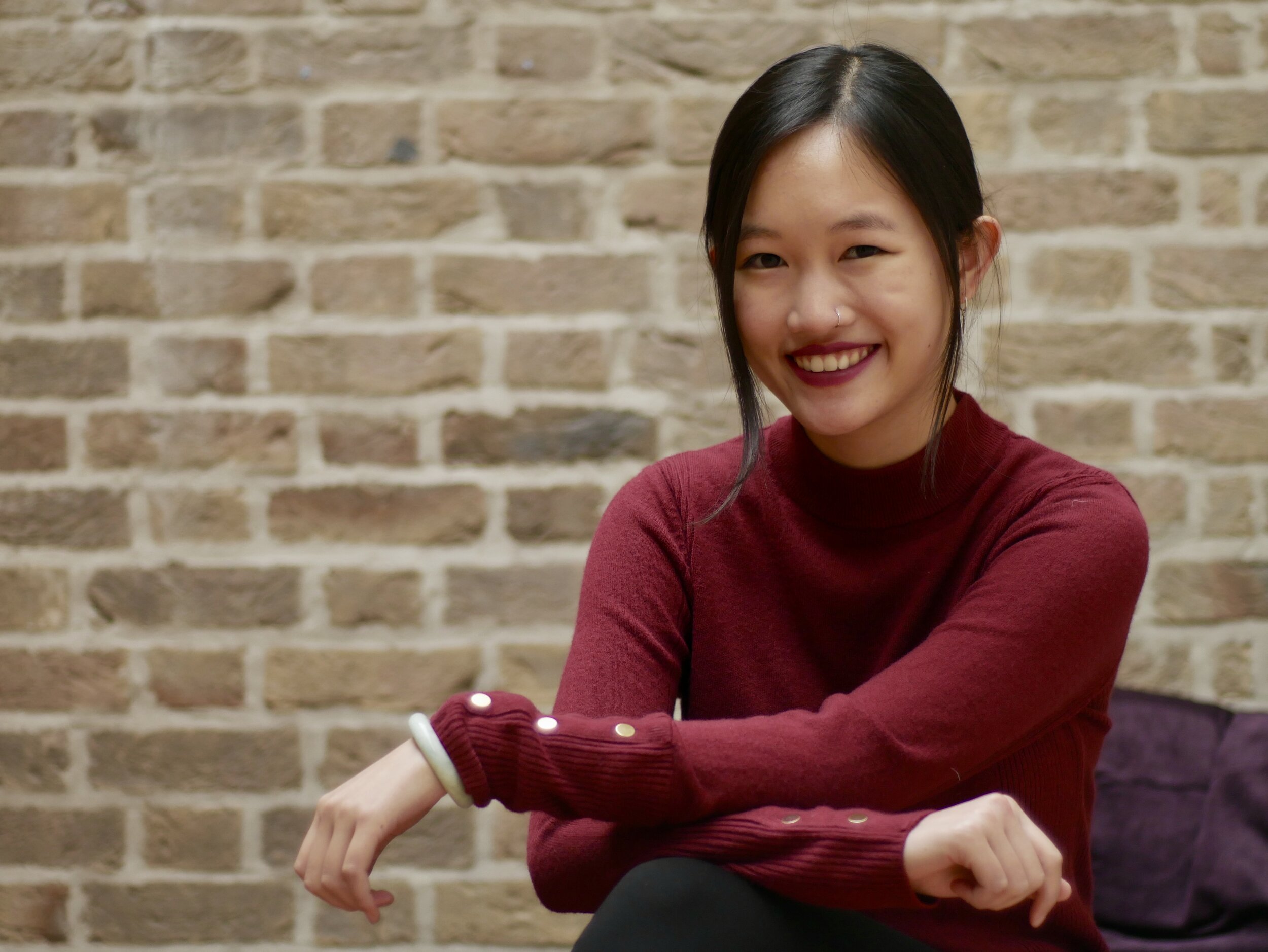 Fans of fantasy, you’ve likely already heard of R.F. Kuang, award-winning Chinese American writer of The Poppy War (TPW) and its sequel, The Dragon Republic (TDR), released this past August. Kuang wrote TPW at age 19 during her gap year in China and the book was published three years later in 2018. Oh, and by the way, she is pursuing a master’s in Philosophy in Chinese Studies at Magdalene College, University of Cambridge. No big deal.

Now, I know credentials and awards don’t necessarily mean you will like the books, but first let me ask a few pertinent questions. Do you like intrigue — political and academic? Wry and savage dialogue? Tight fight scenes? Sweeping storylines and myth? Characters and history rooted in Asia? If you answered yes to any of these questions, place these two books in your To Read NOW pile.

The books follow Rin, a dark-skinned peasant girl from the South who discovers her god-channeling powers while studying at Sinegard, the elite military academy of Nikara Empire. War looms, war arrives, and war continues. Also, minds and hearts are crushed — because who can withstand a god?

Kuang chose to use the Sino-Japanese War, as well as Chinese mythology, as the backdrop of her series, including the Rape of Nanking for a key part of TPW. (The scene pulls no punches so consider this a content warning.) The sequel, TDR, further explores the consequences of colonialism, racism and classism— but with more explosions and betrayal.

Kuang generously agreed to speak with Mochi about her books, her process, and how growing up Chinese American has shaped her writing. (But, seriously, buy her books first then come back to read the interview!) 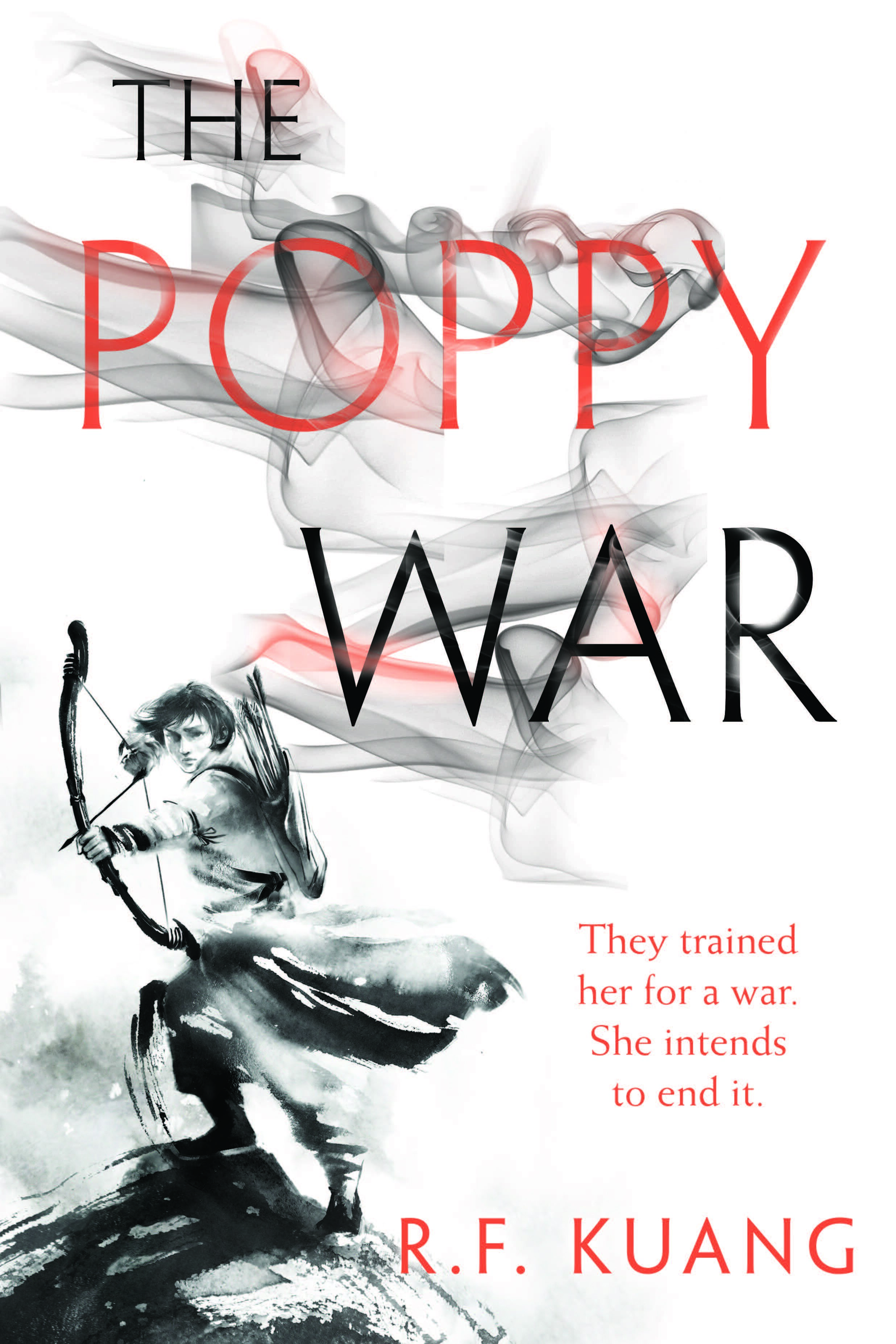 VD: How did you prepare for all the military strategy and fight scenes in these books?
RFK: Research, research, research. It helped that I did both my undergraduate and master’s dissertations on WWII history in China — I was killing two birds with one stone. I made up very few of the military maneuvers that are depicted in TPW and TDR; the large majority of them are gambits or battles famous in Chinese history and mythology, like the Empty Fort Strategy and the Battle of Red Cliffs.

The topics I write about are always the topics I’m studying at the time — I get all my inspiration from conversations in seminar. (That also means I save on shelf space because the books I’ve checked out for course reading are the same books I’m consulting for my fiction projects.) For example, I’ve recently gotten really interested in translation and translation theory, so that’s going to form the basis of the magical system in the next project. I feel lucky that I’ve been able to have my academic and creative careers sync up so well; they’re mutually inspiring and informative.

VD: I love how your books deal with the topics of war, colonization and classism in nuanced and expansive ways versus just telling us how to think.
RFK: Thank you! I did competitive debate in high school and coached it through college, so I heavily prize the importance of opposing standpoints and shades of complexity as opposed to having sides that are clearly wrong or right. With TPW and TDR, I tried to use each character to represent a different worldview that may have been entirely justified from their perspective — no one is totally good and no one is totally evil. Then I put all those perspectives in conversation — some of my favorite scenes are when Rin and Kitay are arguing over the ethics of what they’ve just done. I think that’s so much more fun than when all the good guys are in agreement.

VD: In previous interviews, you’ve spoken about Impostor Syndrome not settling in until you went to two writing workshops and were working on The Dragon Republic. Why do you think it hit at that particular moment? How did you push past it? How did you develop your confident writing voice that listens to constructive inner criticism? How did you balance between the two voices (versus believing only the critic)?
RFK: I think Second Book Syndrome is a very common thing among writers, particularly if the first book does well. Then you have all these expectations to meet. You want your readers to enjoy the next book; you don’t want to let them down. You want your editor to buy your next project and not think you’re a scammer. It’s very anxiety-inducing. Second books in trilogies are also especially hard to write because, structurally, they’re the most complicated — they have to sustain the overarching trilogy arc, they have to begin and end their own, they have to complete an arc initiated in Book One, and they also have to start a new arc to be completed in Book Three. It’s hard to juggle all those moving pieces.

I was fortunate that I happened to go to Odyssey [a writing workshop] right after the trilogy sold, where I learned all the tips and tricks of craft that I never would have discovered on my own. I credit much of the change in writing quality between TPW and TDR to Jeanne Cavelos, who runs the Odyssey workshop and is the best story doctor I have ever met. I think it was Jeanne who told us that writing does get harder as you get better, but only because your inner editor is noticing more things.

VD: How does it feel to reach this level of success at such a young age and at an early stage in your career? How do you deal with expectations (real or imagined) from yourself, your readers and your colleagues?
RFK: I try not to think about that very much. I know it’ll just freak me out if I do. I just count myself extremely lucky that I get to pay off my student loans by doing something I love so much, and that I get to share creations in my imagination with such incredible readers. My readers have been truly amazing — they post hilarious memes, they say the nicest things on social media, and they produce some stunning fan-art. I’ll never get over how cool it is to see someone else’s illustrations of characters I live with in my head! 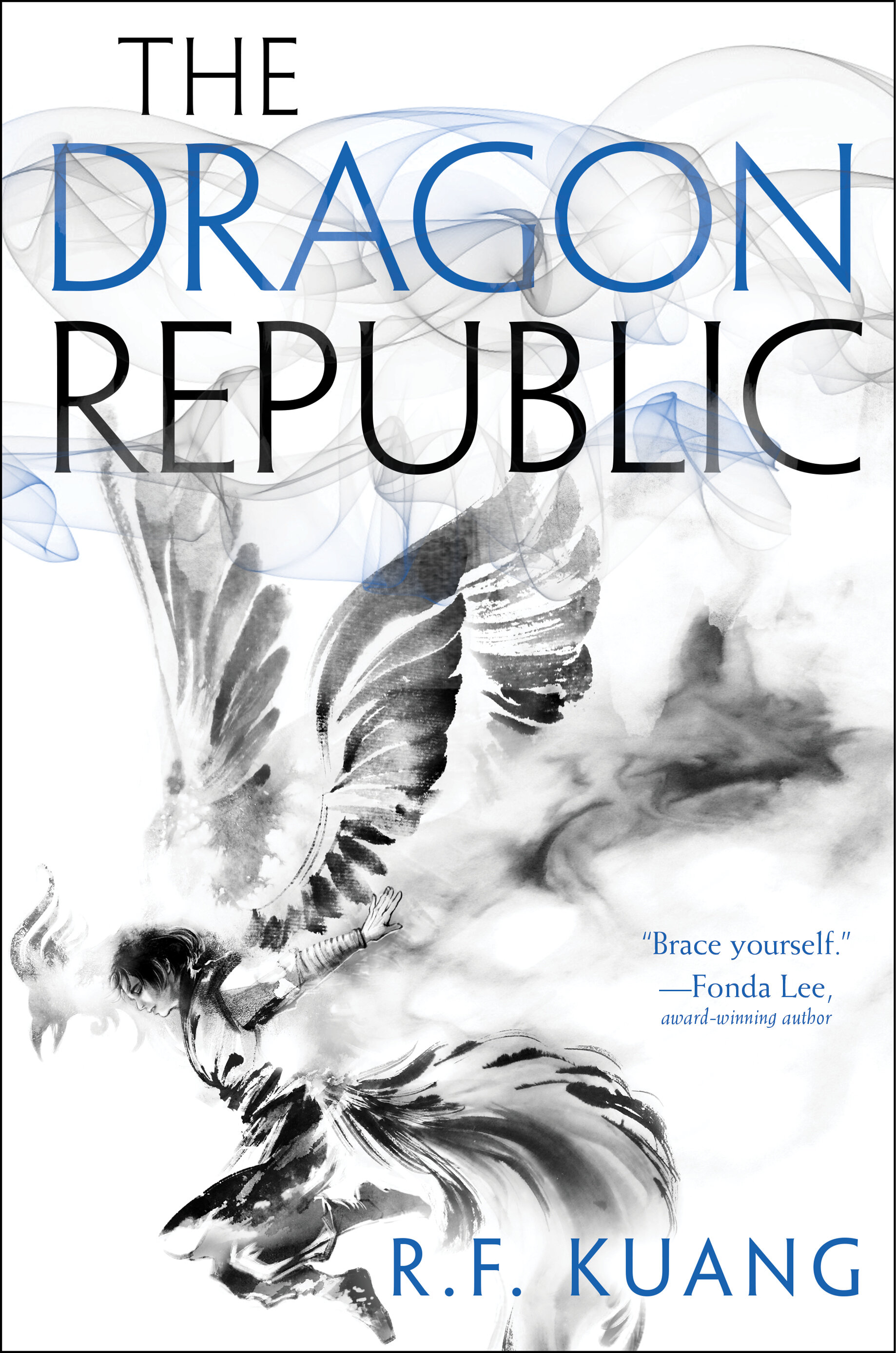 VD: What do your parents think of your career and writing?
RFK: They’re incredibly supportive! They read all my books, collect every edition published, and retweet every single one of my tweets (it’s a little much, haha). Sometimes I get a little embarrassed about writing certain scenes because I know my parents will read them…that’s why there’s not much explicit romance in my books. I don’t think that will ever change.

VD: In previous interviews, you have mentioned reading Chinese myths as basis for your series and fiction. Do you read the Chinese myths in the original Chinese — and if so, how did you become literate after moving to the U.S. as a child? Or if not, was it strange reading a non-Chinese translation and interpretation?
RFK: I couldn’t read Chinese well at all until I started taking classes in college and high school. A lot of my exposure to Chinese culture came through subtitles and translations. There’s a good line in Fonda Lee’s Jade War about how pockets of diaspora culture feel like simultaneously concentrated and diluted versions of the home culture. I would definitely call my cultural milieu “diaspora Chinese” culture rather than Chinese culture proper — I’m thinking spending weekends at Chinese school, eating at the cheap buffet restaurant down the street, watching the animated kids show “Sagwa” on TV, and celebrating holidays like the Mid-Autumn Festival by eating mooncakes in the school cafeteria. It’s very different from growing up in China. But somehow, the fact that those myths and legends weren’t part of my everyday cultural immersion has made them more precious to me.

VD: What is next for you (other than finishing the third book in the trilogy)?
RFK: Next I’m working on a dark academia campus novel set either at Oxford or Cambridge. That’s all I’ll say about it for now, because I have a hard time working on projects if I spoil too much about them! 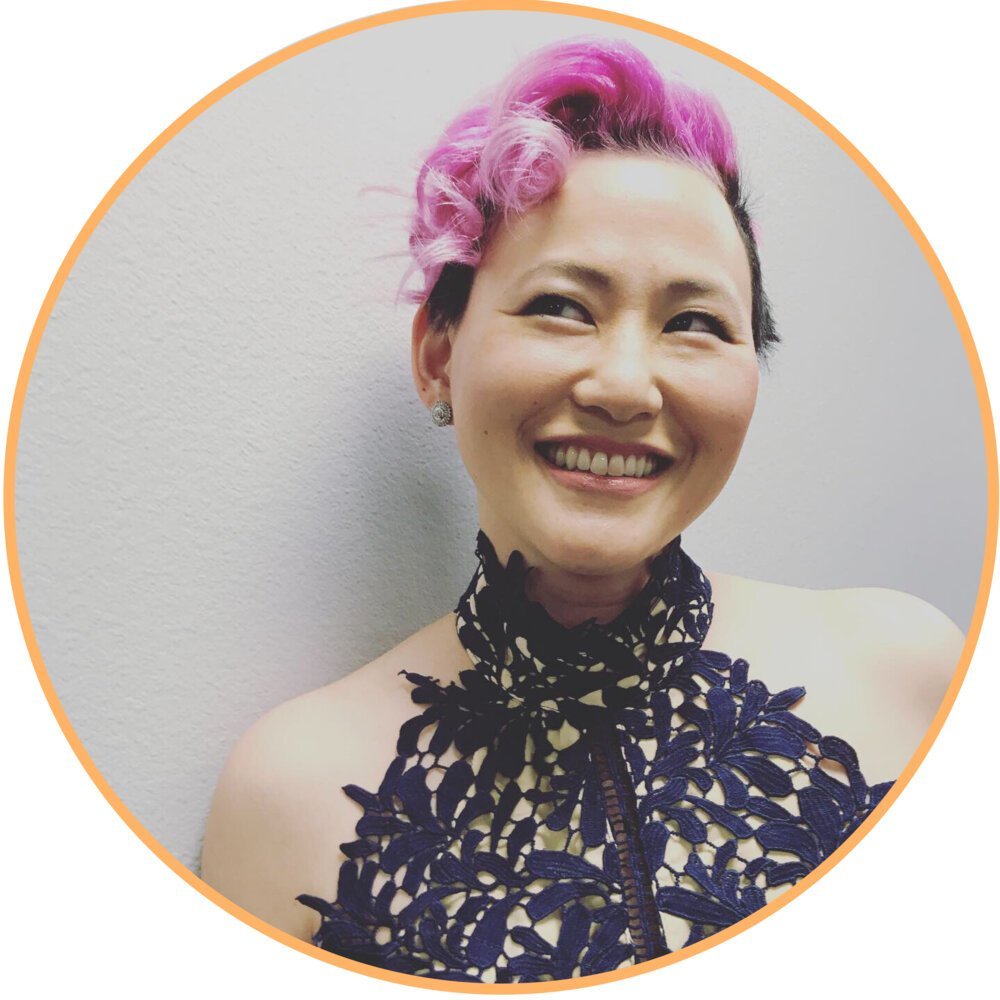 One Reply to “R.F. Kuang: Melding History and Fantasy”