How Friendships, Poetry and Writing Are Helping Jenny Zhang Amid COVID-19 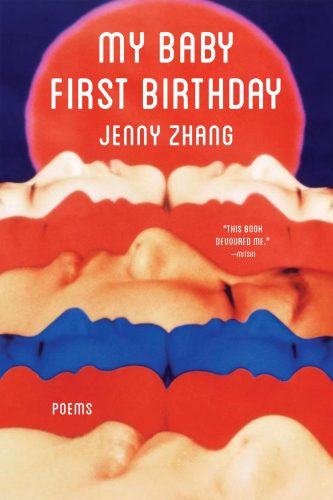 Jenny Zhang and I began our phone call the same way thousands of other individuals around the world began theirs: by discussing how we are coping amid the COVID-19 pandemic.

“I’m feeling especially sad for my parents and others their age who’ve lived more than half their lives in this country and are getting old,” Zhang said on the recent wave of anti-Chinese racism. “These are supposed to be their golden years, their retirement years. But they have to worry about xenophobia, and I’m wondering if it’s here to stay.”

The poet and writer was supposed to be living in Los Angeles from January to May while writing for the second season of “Little America,” an Apple TV+ anthology show about the lives of immigrants in the U.S. COVID-19 ended her trip early — she moved back to New York, where she was raised, to join the rest of the country and work from home. Zhang had been running errands all over the city to readjust to being back, but now, the dire state of things is sinking in.

“I’m extremely grateful that I have a job right now because I’m not someone who usually has a job,” Zhang said as the conversation turned to the economic collapse. “I felt immediately relieved, and then guilt followed. My friends are comedians and writers who rely on tours and freelance work that has dried up. Is what I’m feeling survivor’s guilt?”

Though she’s been in and out of television writing and teaching jobs over the last several years, the one constant for Zhang is her devotion to her own poetry and writing. After graduating from the Iowa Writers’ Workshop, she published her first poetry book, “Dear Jenny, We Are All Find,” in 2012, and her essay on depression, suicide and poetry for Poetry magazine was nominated for a National Magazine Award.

Just last year, A24, the independent entertainment company known for producing award-winning films like “Moonlight” (2016) and “The Farewell” (2019) announced it would be financing, producing and distributing an adaptation of “Sour Heart”with director Cathy Yan at the helm. Zhang is currently co-writing the screenplay with Yan.

“Sour Heart,”which is told from the perspectives of several Chinese American girls growing up in New York in the 1990s, solidified Zhang’s identity in the literary community as a raw talent who can speak about themes like girlhood and the failure of the American Dream with unfiltered anger not often associated with immigrant stories. Though the book’s publication has won numerous awards and has taken her overseas on tours and speaking engagements, the “less shiny” part of the process, Zhang says, is that she still has had to find alternative ways to support herself.

“I have a relationship with money that isn’t very adult or healthy because I’m afraid of it,” she said. “I decided I’d try to protect the integrity of my poetry and fiction and try to write things that were true to me, and those have not been the most financially lucrative choices.”

Her latest work is a book of poetry titled “My Baby First Birthday,” which was published this month under Tin House Books. Written over a seven-year period between 2012 and 2019, many of the poems grapple with the unfairness of existence and our inability to consent to being born.

“At the time, I was really coming from a place of being so disappointed with being born in a world that is so disappointing,” Zhang said. “The first moment of existence was nonconsensual, or at least that’s how it felt for me.”

The poems contain a simmering inner rage that many readers familiar with Zhang’s work will latch onto. In one particular poem titled “ted talk,” her rage is so fierce that it translates into numbness as she writes “I don’t think I can date another / digital nomad or a normie with a dog / who doesn’t know what it’s like / to be too poor to buy their way / out of disaster.” Zhang is fed up with a world that has always been unsafe and has failed to nurture those who lack power: people of color, people with low-socioeconomic status, and women.

She rages for her mother and the women who came before her, who were never given the privilege to care for themselves. She also rages for the planet and its mistreatment by the 1%, and for the fact that the rest of humanity has to be punished as a result.

There’s no doubt that the poems are rich with cynicism, and though they were written pre-COVID-19, the timing of the book’s publication couldn’t be better. Worldwide, people in leadership positions are making decisions to benefit themselves at the cost of other people’s lives. Celebrities are retreating to their second and third homes to gain access to states with available ventilators in case of infection. The economy is collapsing.

But “My Baby First Birthday” isn’t just about inequality and existential sadness, and it’s not all hard edges. With a dedication to her friends, the book is also filled with passages of hope and love that are derived from human connection. For Zhang, there is no greater relief in this life than to be tied to other humans who expect nothing from you. It’s a clear departure from “Sour Heart,” which focuses on familial bonds and the sacrifices people feel obligated to make for one another.

“Friendship is radical because you’re not bound by duty,” Zhang said. “We enter into a voluntary contract with our friends where, ideally, we just want each other to be happy. It’s not based on anything else. I think the one thing that kept me from devolving into utter nihilism was true friendship.”

The healing effect that friendship has on Zhang is evident in the way she plays with language and grammar throughout the book. She frequently slips into text slang because several of her lines are pulled directly from text messages she’s sent to friends.

Friendship has also allowed Zhang to feel nurtured in an otherwise cruel world, and many of her poems allude to infancy and tenderness. She experiments with babbling, the incomprehensible way children speak while they’re developing the mechanism for language. She uses words like “goo goo” to create an atmosphere of innocence — an innocence she didn’t have as a child who immigrated to New York from Shanghai and had to play catch-up by learning English. One poem urges the reader to “be the baby ppl didn’t let u be / for once in yr life / & see what happens.”

“You know that meme where people say ‘I’m baby?’” Zhang asked, laughing. “My take on the meme is that it’s a cultural response to how f—ing heavy and tragic everything has gotten. The meme became so popular because our generation is exhausted and it’s like, we just wanna be baby. Let me be baby for once in my life.”

Just as friendship has been a source of healing for Zhang, she hopes “My Baby First Birthday” can be a balm for those searching for a way to make sense of the senseless events happening today. The lyricism of Zhang’s poetry strives to unite the disempowered and provide a cradle for those who need it, reminding us that connection is what makes us human.

Jenny Zhang’s poetry collection “My Baby First Birthday” (Tin House Books, 5/12/2020) is available now at your favorite bookstores. You can read her poems on the Poetry Foundation or follow @jennybagel on Instagram.