Home Arts & Culture, Fall 2021The Connection in the Cards: Asian Americans and Tarot

The Connection in the Cards: Asian Americans and Tarot 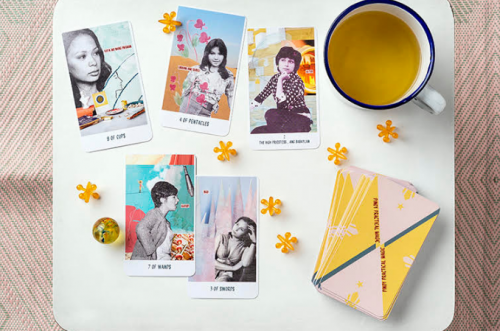 As the world around us continues to manifest new challenges and structural hardships, a desire to (re)turn to spirituality is becoming more popular. From crystals to sage, people draw towards items and practices that make them feel a little more in touch with the universe. Like astrology horoscopes, centuries-old tarot is an element of mysticism that’s become mainstream.

As a practice, tarot reading is about storytelling and thinking introspectively rather than divining the future. The deck of 78 cards consists of the major arcana — cards like The Empress, Death, or The Sun — and the minor arcana made up of four suits that are associated with aspects of human life: activities (fire), relationships (water), thoughts (air), and the body (earth). However, the cards themselves don’t have any magical qualities. Tarot reading, at its core, is an act of connection — to the cards, to oneself, and to another.

Practicing tarot reading is as simple as pulling a card, asking yourself what you notice, and beginning to tell a story about it. Tarot relies so much on the connection between the cards and the reader, so finding a deck that speaks to you is important. If a deck doesn’t resonate with you, there is still value in finding out what bias or block is keeping you from connecting with the deck. Every reaction to a card is an opportunity to find out more about yourself.

For Asian Americans interested in tarot, there are additional layers to unpack beyond the arcana. East Asian mysticism, like Taoism and shamanism, has always been a part of some families. “[G]rowing up in upstate New York in a very small town, even though I was really into the occult, I didn’t want to embrace the Asian aspects of the occult,” tarot creator Benebell Wen said. The belief in ghosts, ancestors, and spirits, in addition to Buddhism and animism, is commonplace, whether one grew up in a religious family or not.

Despite a long history of mysticism in the East, tarot reading is not seen as an Asian tradition. In reality, “tarot could not have happened without many different cultures putting [their] hand on it,” Wen said. The line between Western and Eastern supernatural beliefs cannot be drawn clearly because tarot itself is a Western European reinterpretation of a Central Asian practice influenced by the Far East.

Given the background of Asian spirituality, it would seem that Asian Americans have a lot of access to the supernatural community, but there is a gap. Wen recalled being intrigued by qi gong and Taoist practices, and being sent to temples in Taiwan during the summer as a child. Yet the pressure to assimilate, along with the lack of New Age resources written by Asian practitioners in English, kept her from fully embracing witchcraft.

Not only are there risks of appearing even more exotic by practicing witchcraft as an Asian person, but there are also general misconceptions about tarot. People think the power is in the cards, but tarot reading is not meant to be fortune-telling. Tarot readers are not necessarily mediums and because of these misconceptions, Wen said that she does not talk to coworkers about her tarot practice.

The people who do get to talk openly about it are white men. Like other witchcraft communities, those for tarot have a gender and racial representation problem. Most practitioners are female, but the ones seen as experts are male. “Male tarot authors are almost always able to get a Wikipedia entry, but the female ones with equal, if not more, popularity and sales don’t have that clout,” Wen said.

Asian American tarot readers face the opposite problem. Eastern witchcraft is traditionally by invitation only due to history (think of the Cultural Revolution and colonization), and until recently, witchcraft was not meant for hobbyists. Creating online content and making Eastern spirituality known in English can generate backlash in the witchcraft community in Asia.

Nonetheless, there is a growing Asian American tarot community that embraces the world of wands, cups, swords, and tentacles by adding their own twist. They review and design decks, give astrology-themed readings on YouTube, and read cards from a queer and intersectional point of view.

A few of the decks created by Asian designers include:
• Shadowscapes by Stephanie Pui-Mun Law and Barabara Moore, with a Celtic theme
• Pinoy Practical Magic by Chinggay Labrador, with vintage Pinoy magazine images
• Lilac Abyss by Xavier, an art nouveau deck by a queer Filipino artist
• Way of the Panda by Kimberly M. Tsan, a kawaii deck based on panda philosophy
• Star Spinner by Trungles, a modern and inclusive deck based on mythology

As an act of care, tarot reading can become part of one’s mental health practice. Open in Emergency, a deck created by the Asian American Literary Review, replaces the archetypes of the major arcana with figures drawn directly from Asian American life — the Migrant, the Foreigner, the Shopkeeper, the Adoptee, and the Model Minority, among others. If tarot is meant to be a connection between ourselves and the universe, then a deck that centers our psychic lives can be one that erases the distinction between Eastern and Western spirituality, adding a unique twist to both magic and mental health. 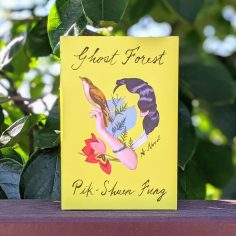 In “Ghost Forest,” Absence Is as Powerful as Presence

“Ghost Forest” is a kaleidoscopic debut from Chinese Canadian writer Pik-Shuen Fung. Though the book is a... 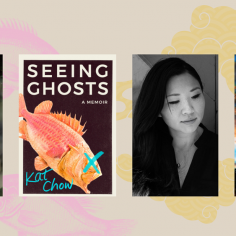 Journalist Kat Chow and poet Jenny Qi show readers how we can continue our relationships with loved ones even... 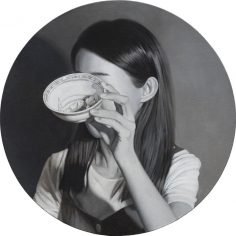 If you grew up in an Asian family, you might have heard these words of caution: Each remaining grain of rice...