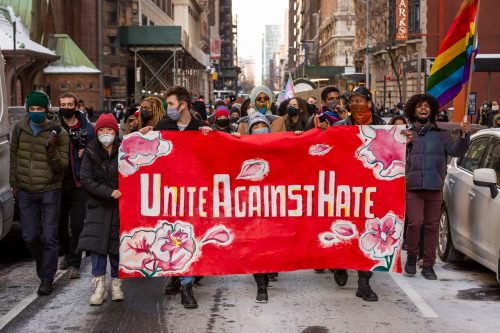 After the Atlanta spa shooting, I, alongside the feminist collective Asians4Abolition, gathered to mark the horrible hate crime with three vigils: a digital one the day of, and two more the following Saturday. We lit candles and incense. At one vigil, Asian American women were the only speakers. At another, we held an open mic for the people to express themselves. We held each other, cried together, and raged together. I remember the tears. A Black person took the mic and screamed, “I am angry,” for all of us. We all wore white. This was a hate crime. We the people of color knew this.

This was especially hard for a Black Asian like me because we must experience both sets of trauma. I have been called both the n-word and Ch-nam-n by gay white men. I have inherited the lynchings of Black people in this country alongside the lynchings of Filipinos and Chinese in the West. So I am especially familiar with anti-Asian and anti-Black hatred. However, the prosecution in the case claimed that there was no evidence of racial bias. Alongside this shock, the FBI concluded that the Indianapolis FedEx warehouse shooting was not a hate crime, although many of the victims were Sikh.

This is a deep betrayal of our communities, regardless of the first shooter’s conviction, and this has only been exacerbated by the ratification of the COVID-19 Hate Crimes Act. This law is supposed to provide support for law enforcement to better recognize and respond to anti-Asian hate. It stands clear that the Act has already failed. Asian communities cannot trust white carceral systems for our justice. We deserve better.

Firstly, the Act disregards the history of anti-Asian hate in law enforcement. We must remember Peter Yew, whom police beat in April 1975, dragged to a police precinct, stripped naked, and beat again. In response, New York’s Chinatown closed its stores, left signs that said “Closed Due to Police Brutality,” and marched on City Hall. I uplift Yang Song, an Asian immigrant woman who claimed to have been sexually assaulted by an officer, and shortly thereafter died in a police raid on her place of business, a spa in Queens. Even months before the act appeared, police had killed Asian Americans Angelo Quinto, who died with a knee on his neck as George Floyd did, and Christian Hall, who was experiencing a mental health crisis and shot seven times. In the case of Hall, the district attorney deemed the shooting justified.

We must also consider Asian folks mixed with Indigenous roots at the intersection of the #LandBack movement. Between 2015 and 2019, the Honolulu Police Department reported that a majority 34.5% of violent police interactions and 38.1% of arrests involved Indigenous Hawaiians, even though Native Hawaiians only make up 10% of the state’s population; it is unclear if this data is only for monoracial Indigenous Hawaiians or includes those of mixed Asian lineage. (I emphasize here that many Indigenous Hawaiians do not want to be called Asian.) I also acknowledge Asians with other Turtle Island heritages who are fighting to stop the Enbridge Line 3 pipeline and the police violence they encounter.

I also uplift Travis Jordan, a Black Asian like myself, whom Minneapolis police officers Ryan Keyes and Neal Walsh killed in 2018. Neither faced charges. Many can easily conclude as common knowledge that the increased support of law enforcement, as the COVID-19 Hate Crimes Act requires, is especially dangerous to Blasian folks.

It is common knowledge at this point that policing is anti-Black. Here in New York, after the Atlanta spa shooting, police were deployed across Chinatown, despite the history of Yang Song and other accounts of physical and sexual violence towards Asian women perpetuated by the NYPD. As a Black Asian of Chinese descent, seeing such people on every block, along with plainclothes officers (aka secret police), I knew I would no longer be safe in a neighborhood where I was trying so hard to connect to my heritage. I knew they would have no problem harming me. Nowadays, I try to avoid the area unless I am with someone who is Asian or a very tall white man.

In organizing the Blasian March, I think of Grace Lee Boggs’ philosophies, her teachings to reimagine protest, reimagine everything. That means reimagining safety for our communities. We know from this history that police have killed Black, Asian, and Blasian people alike. We know the police have participated in the deportations of and global oppression of all our communities. Therefore, they are not needed in any of our spaces. To accept them is to tolerate their violence on us as people of color.

Even after the Act has been signed into law, anti-Asian policing continues. On June 28th this year, witnesses stated that during the Lava Fire evacuation, police killed Hmong American Soobleej Kawb Hauj with approximately sixty bullets. Some protestors to this heinous shooting carried signs that said “Stop Asian Hate.”

Legislators didn’t include these intersectional communities and histories, especially those of disabled, queer, and trans experiences, prior to the Act’s introduction to Congress. Violent carceral structures around Asian communities persist alongside the systemic anti-Asian dismissal of our trauma from both of the recent mass shootings. We remain just as marginalized as before for the sake of a white supremacist mythology. It alleges that #StopAAPIHate only applies to specific hate crimes towards monoracial, able-bodied, cisgendered East Asians. Even the aforementioned prosecution’s statement deceived East Asians.

Worse still is that even with funding to police, anti-Asian hate and violence has increased. Stop AAPI Hate reported 9,081 anti-Asian violent incidents between March 19, 2020 and June 30, 2021 with a sharp increase of 2,478 incidents between April and June. The Virulent Hate Report also found that in 2020, 89.6% of those hateful acts were done by white people.

With the passing of the COVID-19 Hate Crimes Act, many have called on Biden to do more to protect Asians from hate. However, from the very beginning of his campaign, that never seemed to be a high priority. During the Biden campaign, the “Unprepared” advertisement pairs clips of COVID-19 victims with multiple statements regarding Chinese people. Some of those statements criticized Trump for praising China as the coronavirus was spreading across the world. Another segment of the ad claims that 40,000 Chinese people immigrated to the U.S. during the Trump-era travel ban, followed by a clip of “American Shutting Down” as several states turn red on a map of the country. This ad essentially says kung flu without saying kung flu. It connects Chinese people to the pandemic without hate speech. It is Sinophobic. This ad also represents a man who, during his time in the Senate, approved the wars in Afghanistan and Iraq and would deny it later with claims such as not remembering the context.

In August this year, the Senate in a 95-3 resolution approved the expansion of police nationwide by 100,000 officers as part of the Biden $3.5 trillion budget. Only three dissented: Bernie Sanders of Vermont (I), Mike Lee of Utah (R), and Pat Toomey of Pennsylvania (R). Alongside this blow to our safety, the Senate also approved 99-0 to cut funding to any local municipality that would defund the police. In fact, many states even protect police by categorizing them as potential targets for hate crimes.

This will only increase policing, not just on Asian communities, but Black, Indigenous, Latinx, and others of color. This means that we can only expect more Asian American names alongside Black, Latinx and Indigenous ones amongst those who have been killed by police.

The anti-Asian sentiment of the current U.S. government, from both sides of the aisle, explains their silence as ICE continues to deport Vietnamese folks and more police kill Asian Americans. White government took the trauma of the #StopAAPIHate movement and exploited it to increase its own control and carceral violence.

Based on this historic and continued systemic oppression towards Asian communities, we can only expect more anti-Asian violence from white colonial governance. The COVID-19 Hate Crimes Act cannot keep us safe. It wasn’t rooted in history nor fully informed by the entire Asian American experience. It served white supremacy by excluding Brown and Black Asians like me. White society has not, nor will it ever serve Asian justice.

White society, with its systems of punishment and policing, does not stop anti-Asian violence. It permits, manifests, and perpetuates it.

We, as people of what Afro Caribbean feminist Rosemary Campbell-Stephens calls the Global Majority, are forced to reimagine safety through holistic community-based concepts — such as Mia Mingus’ pod mapping, or Kalaya’an Mendoza’s Across Frontlines and his safety intervention training with Nonviolent Peaceforce, and even MMA fighter Jessica Ng’s Southpaw Stitches, who designs masks and offers self-defense classes to our community. We as Asian Americans shouldn’t have to do this, but in a white society on stolen land that harms us, we have no other choice.

AAPI communities belong in a system of justice that is rooted in our care, experiences, and truths. We deserve a society that uplifts us equally and alongside Black, Indigenous, Latinx, and other communities of color. We deserve laws that center the most marginalized without oppressing anyone else, and a government that will keep its word to all our peoples. This means we need a government not run by white people, but a truly free land by a collective majority of Black, Asian, Indigenous, Latinx, and other folks of color whose ideas are informed by our intersectional histories. We deserve to be safe because we are human. 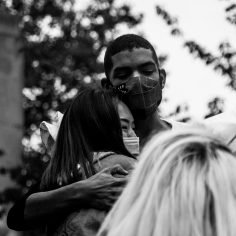 Rohan Zhou-Lee pens a power letter to Asian women, reminding us of our brilliance, heroism, and inherited... 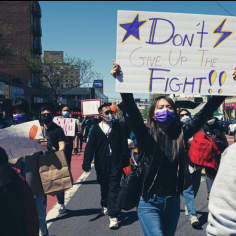 As the Asian community grapples with the meaning of safety in the wake of surging hate crimes, these AAPI-led... 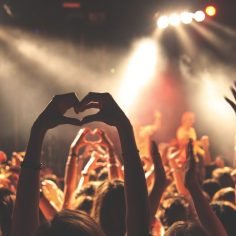