Home ActivismRock the Vote: Tips & Notes About Voting This November

Rock the Vote: Tips & Notes About Voting This November 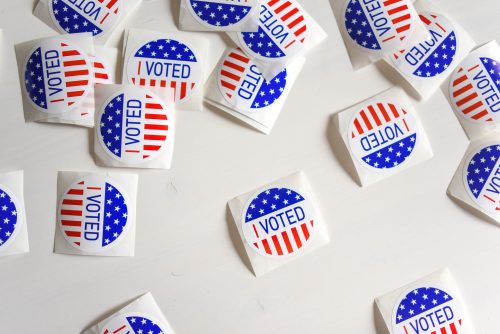 Hey Mochi family! This is a quick PSA to tell you that your vote counts more than ever.

Voting rates among Asian American citizens remain low: During the 2016 presidential election only 49% of the eligible population turned up to the polls, in comparison with the 65% of white voters. Amidst indicators of climate change scorching the West Coast, a global pandemic, and a human rights revolution, it is so important that the AAPI community have a say in not just who becomes president but local and state laws as well.

Women are quick to celebrate that they won the vote in 1920, but it wasn’t until 1943 that Asian American women and men were able to vote. Even though Asian immigrants labored on projects that built our nation’s infrastructure since the 1800s, we were not granted the right to naturalize as American citizens until 1943. Moreover, until the Voting Rights Act of 1965 — which we have Black activists to thank for — BIPOC Americans faced racial discrimination at the polls, particularly in the form of literacy tests, the most egregious of which included instances where Black voters were forced to dicate the entire Constitution. Voting is a right, yet still today Asian Americans and BIPOC find themselves disenfranchised from the voting process due to language barriers; lack of in-language, culturally-responsive campaign materials and civic education; and denying the use of interpreters.

The general election is on Tuesday, Nov. 3. If you are wary of voting in person due to COVID-19 or because you just can’t make it to the polls that day, don’t fret! Voting in person on that day is not the only way to participate in our country’s democratic process. Most states offer mail-in ballots and early voting options. A few notes:

A Note About Registration

Although each state has its own registration process, you can obtain a printable Federal Voter Registration form that you can mail into your state officials from the U.S. Election Assistance Commission. This form is unique because it comes in 15 languages, but you must follow the specific state information included in each packet.