Mom and Dad, This is What I Want to Tell You About the Riots 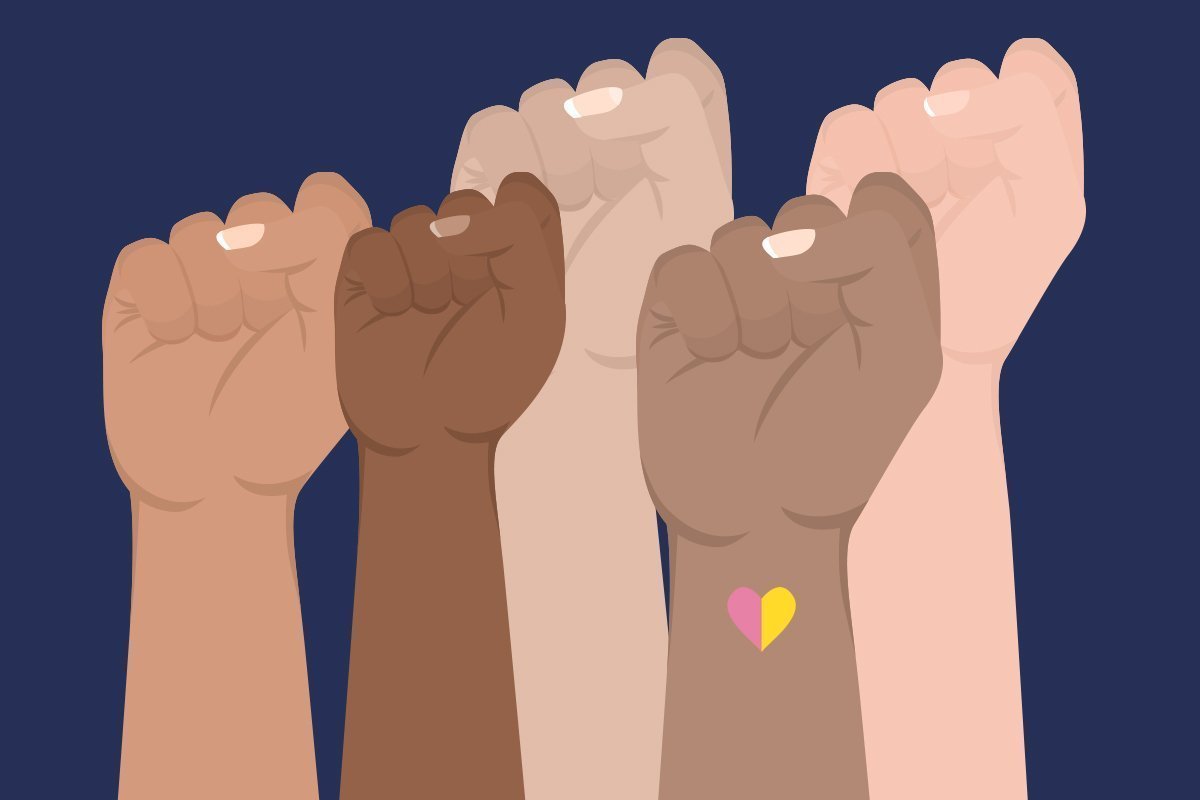 As news segments flash images of protesters at odds with police lines, I hold my breath. Admittedly, I hold my breath in a different way than George Floyd, the latest victim of police brutality. On one hand, I can’t breathe because I am reminded of the ways that my family and Asian Americans perpetuate the silence demanded of Black people and people of color. On the other hand, I can’t breathe because I know that the police “protecting people and property” will go to extreme lengths to keep that peace.

To Our Asian Families
“Violence is not the answer.” You might have heard it from your lolas, tit@s, and parents in the last few days. I heard it from my father growing up, simply because I dared to raise my voice at him. I’ve heard it from my mother because I lashed out and wanted to punch a bully. When I watch the riots on television and listen to reporters condemn protestors’ actions, I am reminded of a familial violence I endured silently for years. It is utterly paralyzing, but I know that this moment is not about me.

To these Asian Americans, the violence, the looting, and the riots are unnecessary. In our quest for assimilation, we have disciplined ourselves against dissent. If you are like me, you are wired to immediately obey any authority figure. You might have been told to follow the laws, the police are here to protect you, and that if you don’t do anything you are not supposed to do, you won’t get in trouble — from which the opposite logic follows, they wouldn’t have gotten into trouble if they hadn’t been doing something they shouldn’t.

Our fatalistic mindsets whisper, “Justice will be served.” As Asian Americans, we have probably heard similar statements that promote a kind of long-term, passive karma or justice that prevails and just comes about naturally. Some of us are overly willing to carry out the model minority myth: “Look at us — by keeping our heads down and working hard, we have overcome racism! We are equals now.”

With the waves of anti-Asian COVID-19 sentiments, I want to ask those of us who adhere to those forms of “justice” to truly reflect on our status in the United States. We have been afforded many privileges at the expense of serving as the racial wedge. I want to remind our community that the only reason we united as “Asian Americans” in 1968 was to stand alongside our Black and Latinx allies during the Third World Strike. We, Asian Americans, take advantage of many civil rights won on the backs of dissenting African Americans. I know that certain Asian Americans will cite incidents that they have had with Black folx as evidence of racism between Black and Asians. I acknowledge the many wounds inflicted between and within our communities, but this is not an excuse for the inhumane treatment of an entire community of people.

Yes, Asian Americans have experienced brutalized racism.Yes, some of the early Asian immigrants were lynched in the streets of Chinatowns. Yes, today we experience hateful attacks that scapegoat us for the COVID-19 pandemic. But we have never been branded or sold like cattle, forced to take on the last name of the person who owned us and have our descendents carry it to this day, or segregated for generations away into city projects hidden from “revitalization” efforts. Anti-Black racism stems from an inability to recognize Black humanity.

Imagine asking someone to take their foot off your neck just so you can breathe in order to stay alive. Imagine being pulled over by a cop for speeding and thinking that this could be your last moment on this earth. Imagine going for a jog only to be hunted down by neighbors.

It is not just George Floyd. These are not George Floyd riots, although the media wants to oversimplify it with that label. The protests we see erupting around the nation are the product of an anger from being silenced. Moreover, while the media so easily name the protests as violent, the violence inflicted by police on Black bodies in America do not so readily garner the same label. In fact, rarely are the actions from those in blue deemed unnecessary or excessive.

The Black people in the streets are protesting for their lives.

If Martin Luther King Jr. is your example of a peaceful revolutionary, remember that he too was jailed and later assassinated. People did not like him or his tactics. Today, the MLK we remember is a docile man who had a dream, not the actual man who protested and rioted. His son reminds us that his father said, “A riot is the language of the unheard.”

Black Americans have been unheard. Michelle Kim writes, “Don’t criticize protest tactics.” In her Twitter thread, she cites the fact that peaceful protests, such as Colin Kaepernick’s kneeling, were not only ignored but censored. The “irresponsible” outpouring onto streets resulting in vandalism and destruction of property is a small outcry stemming from 400 years of dehumanizing violence against Black people in our nation.

What was caught on camera with George Floyd is just one of the hundreds of incidents that end badly for young Black men in America. Police encounters are one of the leading causes for death among Black men and boys — estimates suggest that 1 in 1,000 die due to police brutality.

If Asian American children were denied the freedom to walk to the convenience store, to go for a jog, or to walk in their own backyard, would we be able to continue our silence? How long would we hold our breath, screaming for justice on the inside? Would we not take to the streets, a place where we too — we, the immigrant outsider — would be confronted by fully militarized police forces?

Lilla Watson, an Indigenous activist, is famous for saying: “If you have come here to help me, you are wasting your time. But if you have come because your liberation is bound up with mine, then let us work together.”

We don’t walk in the same shoes as Black folx in America. While both communities are minorities and considered people of color, our struggles are not the same. For the most part, our children are safe to walk down the street without being questioned, followed, or harassed. Instead of prescribing action — or inaction, let us acknowledge that it’s not our place to judge. We will never understand how angry, disappointed and frustrated those protesting must feel. But that doesn’t excuse us from caring, or acting.

Our liberation is bound with Black people in America because we are all part of a system that profits off of extorted, menial labor. The Asians that first immigrated to the West Coast in the 19th century took on hard, low-wage work building railroads, working fields, and doing laundry. If the pandemic has enlightened us to anything, it is that being a grocery store bagger or sanitation worker is not something to look down on, but “essential.” Our success has been rewritten into the “model minority” stereotype which not only creates a racial wedge between us and other people of color in America but divides us into “good” and “bad” Asians.

Being an obedient Asian is so ingrained into traditional family life: our elders are always right and our youth have no voices, only ears for listening. It takes every ounce of courage for me to break out of that mold, to speak up to power, and tell you now that what we have been raised to believe about fairness and meritocracy just is not true for some people. And keep in mind how the media is promoting a stereotype of Blackness in order to criminalize their right to protest. Listening to the admonishment of riots fills me with a heavy heart and a sense of shame, because those words are the edicts we have been trained to retreat from. The urge to stand down is almost involuntary, especially after it has been repeated to you by those you love and beaten into your head with the swat of a sandal.

Instead of mindlessly falling into patterns of trained behavior, let us think deeply about the structures that we are complying with, the institutions that we think are on our side, and the values that we hold dear. Have the courage to be disobedient!

Parents Are Human: A Game to Break Down Barriers