To any Asian Woman, cis or trans, who might read this:

You may not know me, or know of me, but if you’re reading this, know that I am sending you so much love right now. We are caught between a pandemic and so much violence, it can be super hard to concentrate and focus on our needs. As a queer/nonbinary Black Asian, I can only offer you this little bit of strength in such a dark time.

I was raised in the South to perceive myself as a Black boy. We moved from Florida to Georgia right after I was born, and some time after a serial killer was targeting a significant number of Black boys in the area. What’s happening to Asian women now has caused flashbacks in myself. Why? When the news only shows Black boys as criminals or dead, it sends a horrible message. Our society is telling Black boys that the only way their lives can matter is if they’re in prison or dead. The impact on Black boys’ mental health is devastating.

I am enraged, hurt, and filled with sorrow that something parallel is happening to Asian women. Like all those sweet children, whose beautiful lives were reduced to just names, Asian women are now reduced to gruesome news clips, video clickbait, and soundbytes. You’ve gone from invisible to fetish, to only be valued for your bodies in a very macabre manner. I see loops of these killings on social media over and over again. Like how they made George Floyd’s death a spectacle, so they have done to Asian femmes. Our country has found a twisted way to profit off your suffering, to only value you when you can speak no longer. It’s sickening that our society, and yes, including Asian men, has found a way to capitalize on Asian women’s death.

Asian woman, you who have been so rendered invisible, who have only been needed when it’s time to be a fetish, or used as a tool for Asian men’s politics, who have experienced so much harm from everyone, have gone through so much. For centuries. As far back as the Page Act on this stolen land in 1875, when Asian women were banned from this country before Asian men were because white people thought you were all sex workers. Centuries later, that same bias came up a year ago when that shooter in Atlanta, Robert Aaron Long, was defended with “sex addiction” and was never convicted of hate crimes. I have seen you scream to heaven for safety, but those who made policies ignored the name Yang Song, and the names of all the other Asian women whom police have harmed. They have never cared for your protection. Not when they leer at the shape of your eyes or the color of your skin. Not when they blame the fall of towers on your hijab.

It might feel like absolutely nowhere is safe. It might feel like no one is standing by you, especially not these Asian men who’ve shamed you for “dating outside the race,” who then turn around with catch phrases like “we must protect our women.” It’s these same men who take front and center of the cameras after the deaths of our AAPI sisters.

But I have seen how you all have moved. Despite the harassment, the cyberbullying, the doxxing threats, you have risen and become some of the most powerful voices in our lifetime. I have seen your brilliance. You’ve created so many strategies to keep us all safe, like those of Mia Mingus, Teresa Ting, and Jess Ng. I have read and come to love the words and philosophies of Grace Lee Boggs, Deepa Iyer, and Staceyann Chin. You stand among the greatest educators, like Claire Jean Kim, Kim Saira, Sole Yu, Bianca Mabute-Louie, and Alice Tsui. I have born witness to your bravery on the front lines, from Linda Sarsour, Sunehra Subah, Jade Guanaro Kuriki-Olivo, and Kalani Van Meter, to Jeannie Jay Park, Asian Soph, Jessica Tsui, Tamara Ching, and Kat Chen. I have marched with you, and I tell you now that you are incredible. The list of Asian woman heroes is endless, and every day, more rise and join the cannon.

Asian woman, cis and trans, you are more than just a trending topic. Your life means more than their profit. I wished the rest of the world knew that. They will not let you know the stories of your heroism because they fear losing control. They try to keep you silent because they are afraid of Asian woman power.

Asian woman, cis and trans, you have inherited centuries of Asian woman power. You have come from generation after generation after generation of Asian women, whose strength is already in you. With inherited trauma always comes inherited strength. Asian woman, you are so powerful, and this colonial patriarchy is terrified of it. Just like how they fear the power of the Black woman, so they call her loud and angry then disappear her, so they fear the power of the Native woman, so they disappear her — so they fear you and try to silence you.

To quote my safety lead, Kalaya’an Mendoza, “I love you more than they hate us.” I know this is just a small gesture, and nothing will ever bring back our sisters, but I hope every Asian woman who reads this can feel a little less alone in a world that is trying so hard to keep you isolated. So I give you written flowers while you live, and shall offer more until the end of my days. 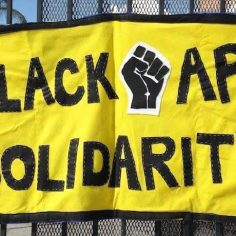 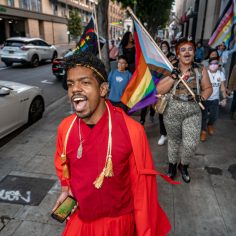 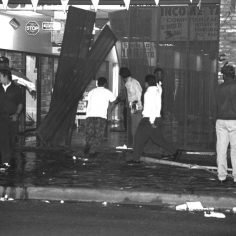 Injustice by Design, Solidarity by Choice

The 1992 Los Angeles Uprisings, or Saigu, traumatized many in the Black, Korean, and other communities....