You Are Not Alone: Collectively Ending Domestic Violence Against Asian Americans 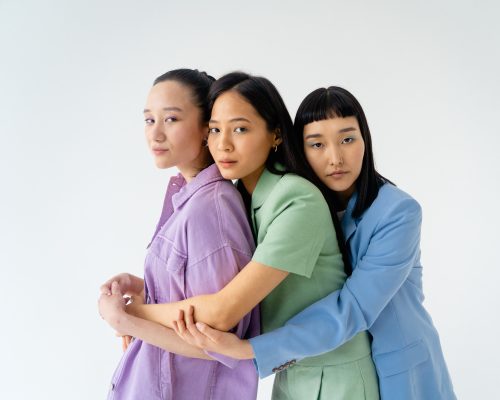 Content warning: The following op-ed contains details of domestic abuse which could be triggering. If you or someone you know is experiencing abuse, please call the National Domestic Violence Hotline at 1-800-799-SAFE (7233).

Four years ago, a young woman from Myanmar arrived in the United States for the first time.

As she told a reporter at NBC News, this woman had dealt with countless trials. She had been oppressed as a member of the Rohingya community. She had lived without documentation in Bangladesh. She had sold everything she owned to bring her two children with her to the U.S.

All the while, her husband was abusing and assaulting her, resulting in an unwanted pregnancy. At a shelter in Texas, this woman realized she had no money, no legal documentation, no skills to help her get a job — and no way out.

She is one of thousands of Asian Americans experiencing domestic violence.

For Domestic Violence Awareness Month, we must recognize all survivors — and make sure they know they are not alone. In fact, they have a community of people and resources ready to support them.

Millions of people across the U.S. experience domestic violence, a pattern of abusive behavior used to gain control over a close relation or partner — ranging from physical or sexual violence to psychological control and isolation. While people of any race, gender, background, or relationship status can become victims, sexism and misogyny have long made women disproportionately likely to endure domestic abuse.

Studies suggest as many as half of Asian women in the U.S. will experience physical or sexual violence during their lifetimes. This abuse forms a backdrop in too many homes: One study found that 30 percent of Korean, Cambodian, and Vietnamese Americans reported seeing their fathers hit their mothers during their childhoods.

Despite this reality, Asian American women are regularly left out of conversations about domestic abuse. Some may not even recognize the violence in their own lives or relationships. For many immigrants, abuse can take the form of financial control, threats of deportation, or retaliation for speaking out. Asian American women also encounter abuse and violence related to reproductive care — from coerced birth control decisions to forced pregnancies.

Current restrictions and threats to abortion access exacerbate this violence. The Rohingya woman was able to end her pregnancy thanks to direct advocacy and support. But her experience is increasingly the exception as victims endure violence from laws that limit their bodily autonomy and from partners who do the same.

This violence becomes all the more devastating when abusers make their victims believe they have no one to turn to.

But nothing could be further from the truth. Despite stereotypes of Asian American women being quiet and submissive, our community widely condemns domestic violence. We stand behind and support survivors who speak out because one person’s story reflects another person’s lived experience.

The National Domestic Violence Hotline offers all callers a safe place to access help, connecting people by phone and text directly to resources in their own communities. Both the Asian Pacific Institute on Gender-Based Violence and the National Center on Domestic and Sexual Violence also provide online directories of organizations that support Asian Americans experiencing domestic abuse. Even if a person doesn’t plan to or cannot leave their abuser, these resources can help them live through and survive it.

Every October, we commemorate Domestic Violence Awareness Month to remind ourselves that domestic violence is not confined to one month, one situation, or even one statistic. Rather, domestic violence happens all year round — and all around us. To college freshmen navigating their first relationships. To immigrants stalked by former partners. To mothers and parents striving to build better lives for their children.

But liberation also happens every day and everywhere. Each one of us has the power — and the responsibility — to help stop and prevent domestic violence.

If you have never experienced or witnessed domestic abuse, you can speak out against the misogyny that enables violence against women, and shrouds violence against men. You can fight for reproductive justice — because women will never be free from violence until they are free to control their own bodies.

And if you are experiencing domestic violence, know this: You are loved. You deserve better. And you have a network of people and resources dedicated to supporting you — with emergency assistance, legal services, counseling, and so much more.

This month, and every month, we must all work together to end domestic violence. Only then can we establish lasting reproductive justice — and make our communities safer for ourselves and those who need our love the most.